Necessary
These cookies are essential for the operation of the site.
Statistic
To further improve our offer and our website, we collect anonymous data for statistics and analysis. Using these cookies, we can, for example, determine the number of visitors and the effect of certain pages on our website and optimize our content.
Home » News » NORDITUBE OFFERS SAFE SOLUTIONS FOR ASBESTOS CEMENT WATER PIPES

In the 1950s AC material became popular in the pressure pipe industry because of its good performance and durability and was used until the mid-1980s before the material was banned worldwide.

Today, similar to Australia you can find in Europe several thousand kilometers of AC pipes in the ground and the rehabilitation solutions for these aging dangerous material pipes are still limited.

THE STRONG AND INDEPENDENT PRESSURE LINER

The NORDIFLOW a fully structural lining technology (Class A system) which is independent from the AC pipe and able to carry all internal loads (pressure & vacuum), as well as all external loads (soil, groundwater, surge, traffic loads available for DN 150 -DN 1400) r.tec Close-Fit liner systems, pre-folded PE Pipes, those PE-liner are factory made Class A systems – so fully structural liner which will carry all loads. (DN 150-DN 400)

In 2021 NordiTube Technologies SE and his Hungarian installation partner Agriapipe Kft had been awarded a 5,5km of DN 400 AC sewer water main running from a treatment plant to a reservoir. This was an international tender and NordiTube’s expertise together with the fully independent Class A NORDIFLOW which gives 100% vacuum resistance and keeps the maximum flow capacity- together with a very competitive price made the final decision for the end customer easy.

To be able to rehabilitate the AC pipes the pits and pipes needed to be prepared that no AC fiber could leave the area. Therefore the pipe section which had to be taken out needed to be in a sealed environment / tent which operated with low negative pressure and a special filter system which could catch all loose fibers.

The workers who were in contact with the material needed to have special protection equipment and masks. All AC parts needed to be packed in special sealed bags and treated by a certified company.

The host pipe ends had been prepared with a piece of steel pipe or – flange which had the same ID as the AC pipe. These parts were needed to fix the liner end seals.

50% of the lining had installation lengths >250m and had been done with the NORDIFLOW pull-in liner including an external coating, while the other 50% were installed with the NORDIFLOW inversion system in combination with a pre-liner.

The project has been successfully executed and the new stand-alone NORDIFLOW liner is now in service. 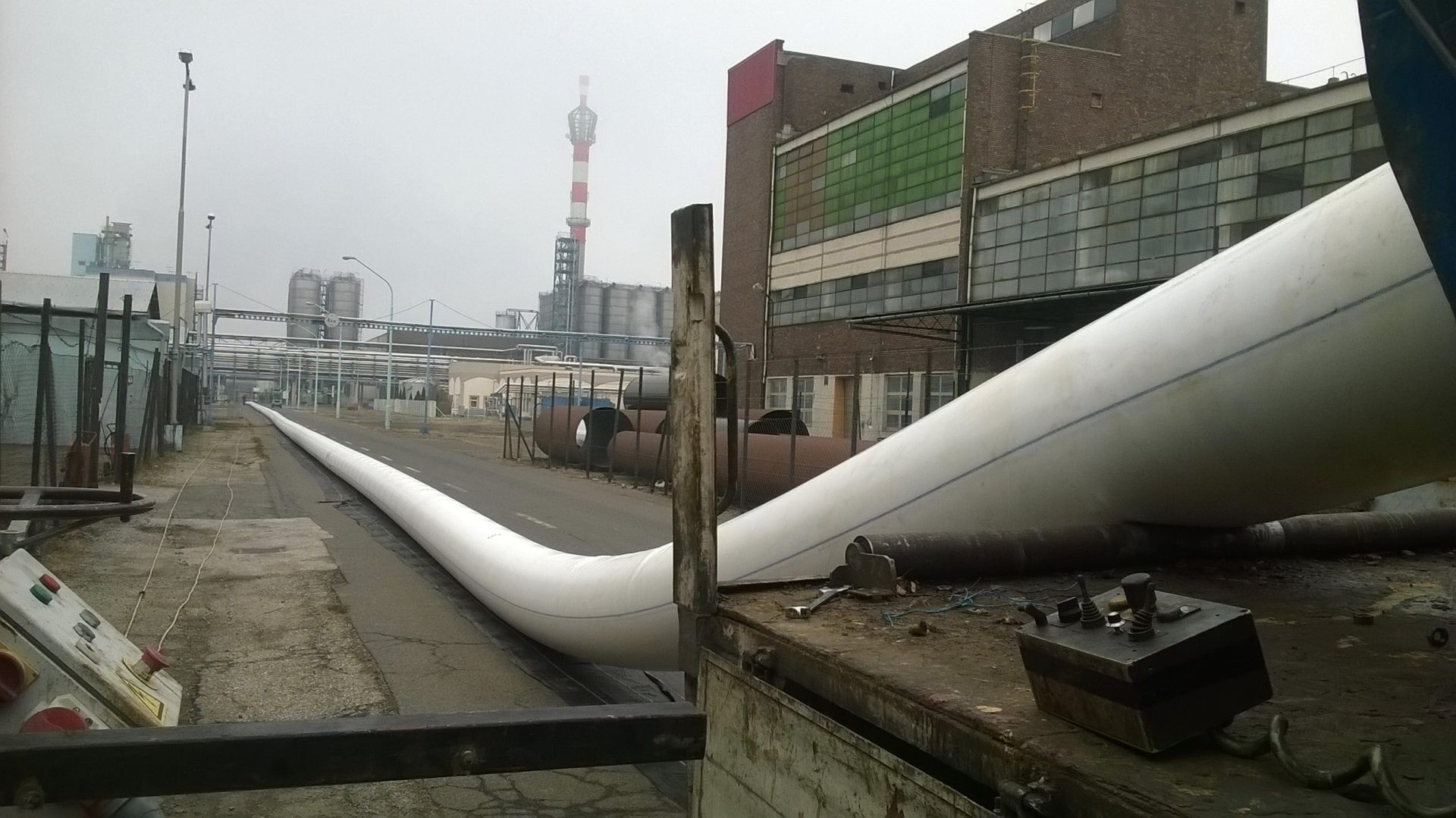 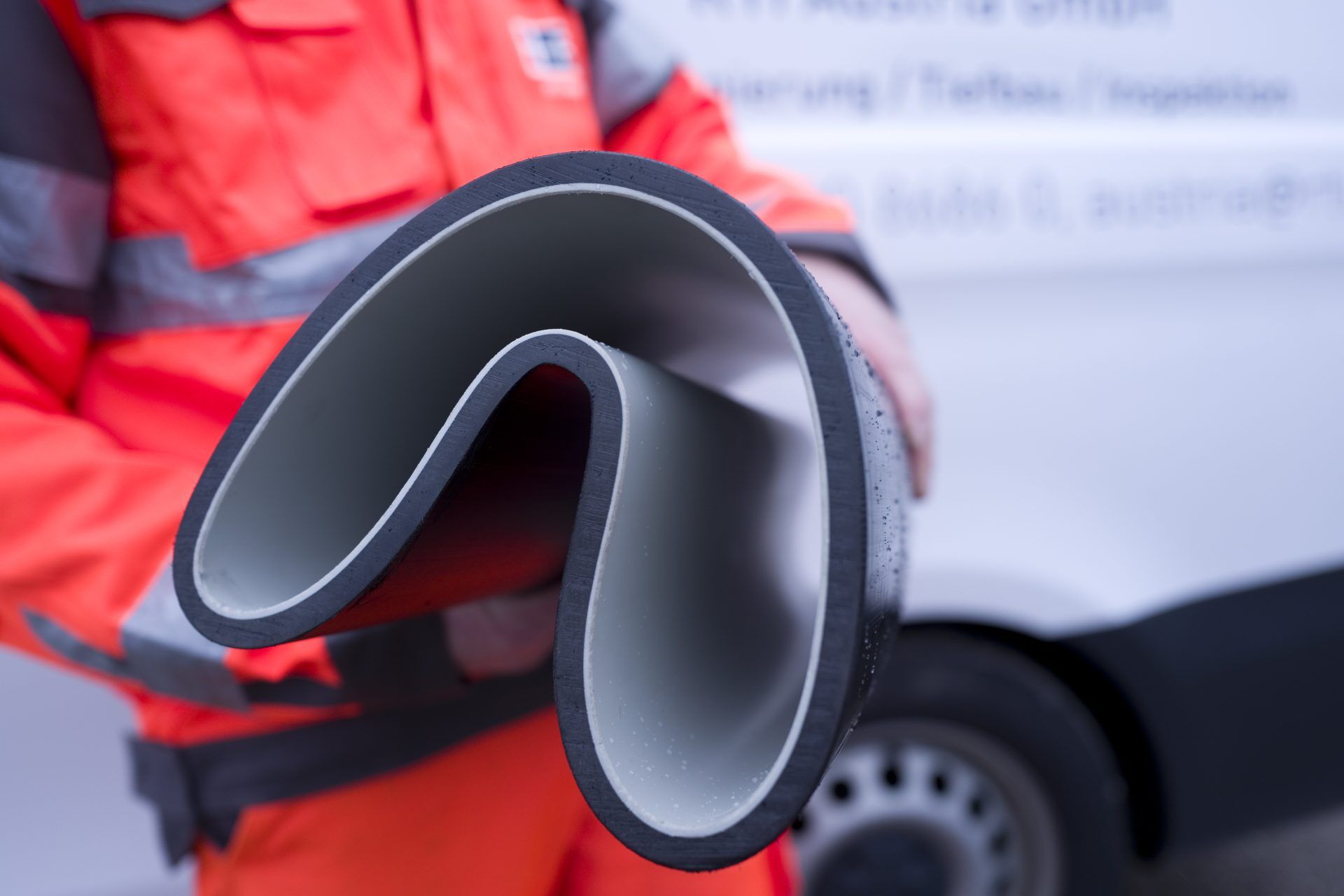