Necessary
These cookies are essential for the operation of the site.
Statistic
To further improve our offer and our website, we collect anonymous data for statistics and analysis. Using these cookies, we can, for example, determine the number of visitors and the effect of certain pages on our website and optimize our content.
Home » News » NORDITUBE’S NEW LONG-DISTANCE LINER SYSTEM

NordiTube technologies has established a global position as a technology provider for trenchless pipe rehabilitation. NordiTube is providing rehabilitation products for pressure pipe applications like portable water and gas for more than 35 years.

A REHABILITATION SOLUTION FOR ALL KINDS OF PIPES

In the 1980s, the first pressure pipe rehabilitation technology, the Phoenix System, was developed in Japan. The system had been designed to reduce the damages to pipes during earthquakes. Shortly after, Norditube developed the Phoenix system further to match with TUBETEX liner European water and gas pipe network´s standards. New products followed, like the fully structural NORDIFLOW pressure system, the NORDIWALL gravity system, the r-tec Close-Fit PE Pipe system and recently the NORDITUBE IH-LINER, a long-distance, resin free liner system from DN 50 up to DN 1200.

The NORDITUBE IH-LINER liner is an inserted-hose and is rated as an independent pressure liner. The inner layer of the liner is selected depending on the transported medium, gas, oil, steam or water. The liner has the US NSF drinking water certificate. The middle layer is designed to provide high flexibility and high-pressure resistance. The outer cover protects the fiber-reinforced middle layer and prevents the liner from elongation or shrinking. The diameter ranges from DN 50 up to DN 1200, and the long potential insertion length of up to 3 km in 1 pull, in combination with special liner connectors provide economical rehabilitation solutions for most of the existing transmission pipelines.

In 2019 the Tangshan Portable Water Pipeline company did have to repair a DN 800 steel water pipe. The pipe was leaking and after a major burst it had been decided to upgrade the line. During the design process it appeared, that 1200m of the pipe crossed a sensitive agriculture area. A replacement of the pipe at the same route was not possible and a relocation of the pipe was too costly. A further challenge was the available construction time window. The 1200m had to be renovated in less than two weeks. In addition, Tangshan Water requested to keep the flow capacity of the original DN 800 pipe and an operational pressure of 1.0 Mpa.

The only technology available to meet all the criteria was the NORDITUBE IH-LINER IH Liner system. The inserted liner can be produced in long lengths and in diameters up to 1200mm. The end-connector system covers the range from DN 50 to DN 1200. The PE coating does provide excellent hydraulic characteristics.

This NORDITUBE IH-LINER project is representing the international leading achievements of 5ELEM and NordiTube in scientific and technological innovation. 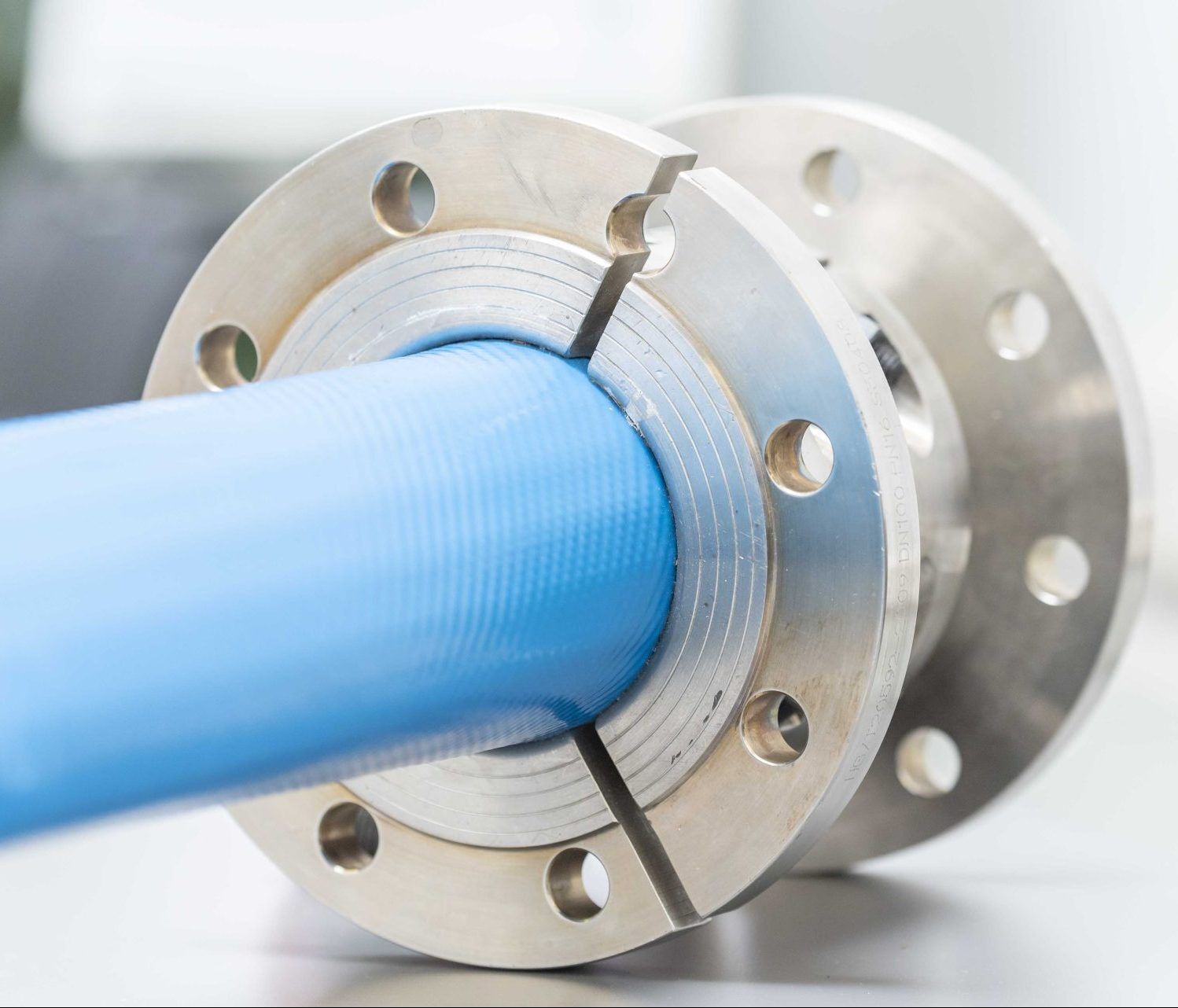 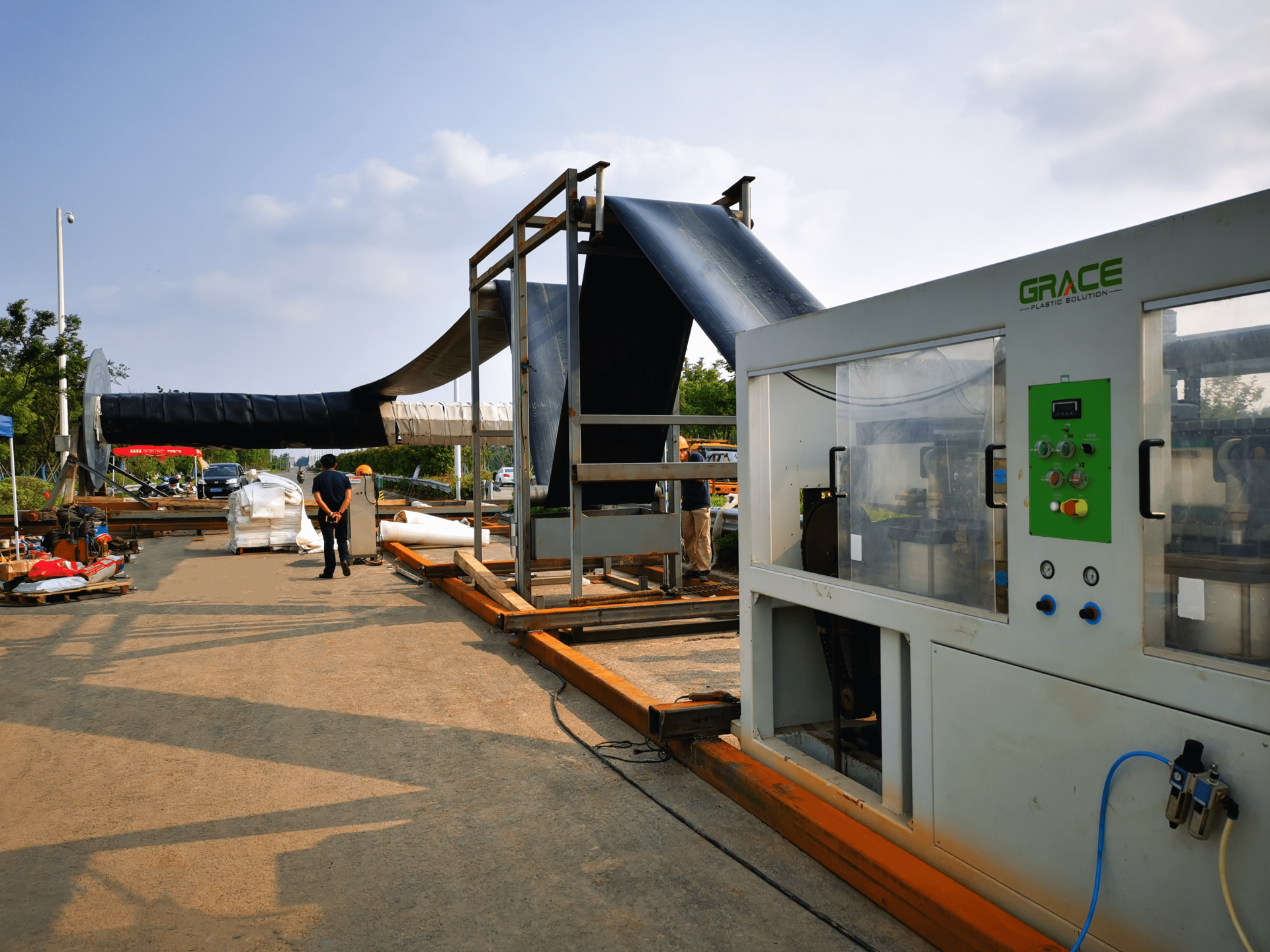 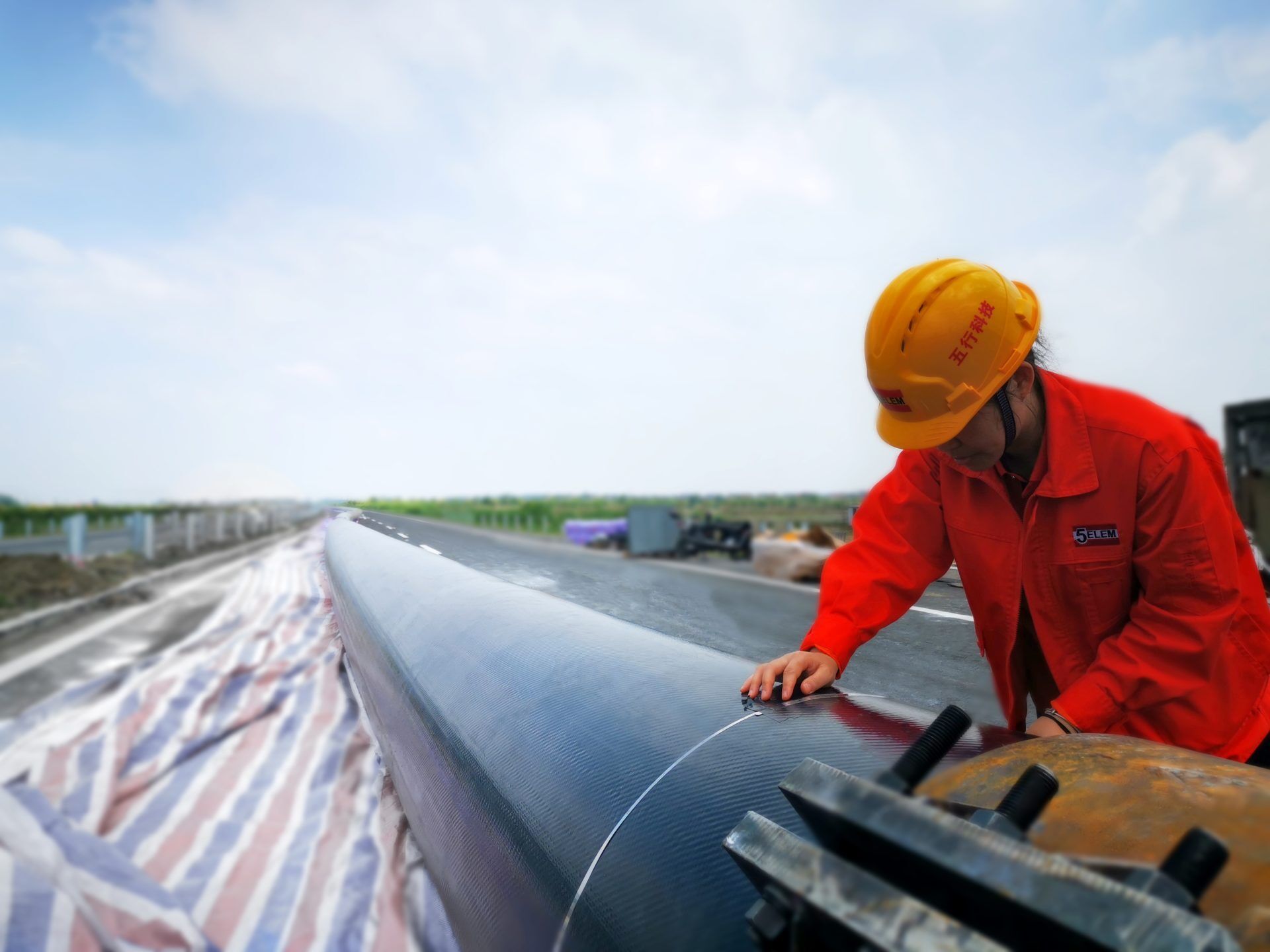